How to Use a PS4 DualShock 4 to Play PC Games

Consumer Electronics Show (CES) held every year in January at Las Vegas is a premier electronic convention held annually for showcasing exceptional technological advancements in the consumer electronics industry. This year, the 4-day event held from January 5 through January 8, 2017, marked its 50th anniversary with 3,886 exhibitors showing off myriad revolutionary tech trends and avant-garde gadgets that will drive the future of technology globally.

It goes without saying that Amazon's Artificial Intelligence voice assistant 'Alexa' has been the star of the show as several Alexa-enabled next-generation devices including voice-controlled smart-home gadgets, cars, and robots were displayed at the event. Alexa, which has outperformed Google Assistant and Siri can be programmed to perform multiple functions such as starting your car, locking doors, adjusting thermostats, controlling lights, and finding locations.

Now let's throw light on the futuristic innovations witnessed at CES 2017 that will have a major impact in the coming years.

World's first smartphone with molecular-sensors "H2" was also unveiled at CES. This 6-inch Android phone can scan any object to provide you with instant feedback on its chemical composition, be it food items or medicines.

2. A Glimpse Into the 5G future: Qualcomm demonstrated the various ways its technology is going to empower the 5G future. At CES, the CEO of Qualcomm Stephen Mollenkopf asserted that 5g will be a ground-breaking network that will support a wide array of devices with exceptional speed and scale. Moreover, it will have a significant impact on world economy.

At the convention, American technology company Intel too launched its 5G Modem which can deliver 5G in both mmWave spectrum and 6GHz bands. Besides this, Intel also unveiled its new automotive 5G platform named Intel Go to support automated driving.

3. Cloud-Based Innovations: CES 2017 also witnessed numerous cloud-based announcements. Nvidia grabbed the attention of PC gamers by launching its cloud program 'GeForce Now' for PC and Mac that will enable gamers to transform their PC into a sophisticated gaming rig to stream and play the latest games of their choice.

Besides this, world's first cloud-based keyboard 'the 5Q' also made its debut at the event. The special function of this keyboard is that it will be connected to the cloud and display color-coded email notifications, sports updates, and stock quotes on the keys of the keyboard.

4. Artificial Intelligence (AI) Stole the Show: AI undoubtedly took centre stage throughout CES 2017. AI has been featured as an integral part of almost everything- from smart jeans that show directions, and smart pet collars to feel your pet's emotions, to smart gloves for stroke victims and smart vehicles. These computerized brains are empowering humans to replicate virtual worlds besides endowing computers with the intelligence to comprehend the real world.

· AI-powered Cars: Automobile companies are focusing on AI-powered vehicles as the day is not far when customers will seek self-driving cars. Smart car manufacturers will soon come up with AI-powered cars that can generate their own emotions because soon customers will opt for cars with which they can establish the best emotional relationship. CES 2017 saw the launch of many AI-powered emotional cars including Honda's NeuV that features HANA (Honda's Automated Network Assistant) to personalize the driver's experience. HANA's face recognition technology and heart-rate monitor assist the electric car to understand your happy and melancholic moods. It can also suggest music based on your mood besides remembering your favorite places such as cafe's, parks, etc.

Toyota too released its futuristic car the "Concept-I", powered by AI technology that can comprehend the need of the driver as well as passengers. Likewise, Nvidia introduced its self-driving car system named Drive PX designed to comprehend the driver's mood, the car's environment and figure out what is going on in the interior of the car.

· AI-powered Health-tech Devices: In order to incorporate advanced technology and new-age thinking to the workout routine of fitness freaks, fitness technology companies unveiled a range of sophisticated fitness wearable devices at the CES. For example,Boltt, a Mumbai-based fitness tech company unveiled AI-packed fitness trackers, smart shoes embedded with stride sensor, and a virtual health assistant named "B" that provides users with real-time feedback and voice coaching on health and fitness.

The show also displayed digestive trackers to help users determine the type of diet that is ideal for their body, and a smart hairbrush embedded with sensors that can detect how you brush your hair so that it can train you to correctly brush your hair by sending data to your connected smartphone.

The world's first smart toothbrush Kolibree Ara was also launched at the show. It features deep machine learning algorithms to understand and provide feedback about your brushing habits even if it is not connected to your smartphone. What's more, CES 2017 also saw the launch of Sleep Number 360 bed which has been designed to prevent snoring.

5. Humanoid Robots: CES 2017 also introduced the world to the mind-blowing capabilities of human-like robots. At the event, LG unveiled three robots- to mow your lawn, to take care of your daily chores, and to welcome you at the airport. Besides this, quite a few educational robots were also displayed at the event for children. Additionally, there were a lot of humanoid robots designed for making your coffee, folding clothes, pouring candy, singing lullabies to your kids and taking photos of your pet when you are away. World's first robotic suitcase Cowarobot also stole the limelight as this four-wheel suitcase with a laser and a camera can follow its owner like a puppy.

So these are some of the futuristic trends witnessed at the CES 2017. This year the CES focused mainly on digital interactivity. This is evident from the fact that a majority of exhibitors at the show were looking to leverage the concept of interactivity for financial gain. 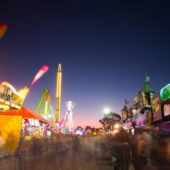 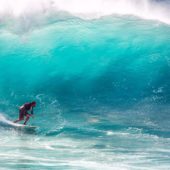 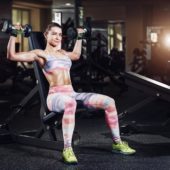 5 Fantastic Football Apps for the iPhone and iPod Touch Devices 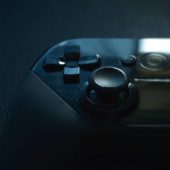 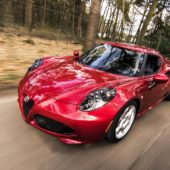 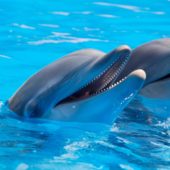 Create A Bird Sanctuary In Your Backyard With A Dolphin Feeder 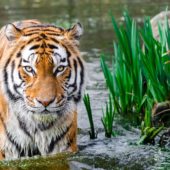 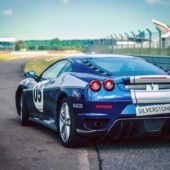 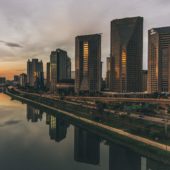